From OIAr Archive 2013
Jump to navigation Jump to search

This Pattern Type belongs to "Infrastructure Sector Operations". This facility handles the tasks associated with maintaining more than one identity store and/or more than one permission register within the organization. It can collect accounts from source systems, and provision them to target stores/registers. Ideally, there is only ONE Identity & Permission Management facility in the organization, connected to all Identity Stores and all Permission Registers. The facility is dependent on a metadirectory (aggegating all identities in a single Identity Store), a virtual directory (offering an aggregated view on all Identity Stores combined), or a comprehensive and complete information model for all identities and associated attributes in the organization.

This facility has the following identity-related tasks:

This facility has the following permission-related tasks:

The facility allows for the following:

This is the graphical representation of the infrastructure functions in this Pattern Type, plus their main relations: 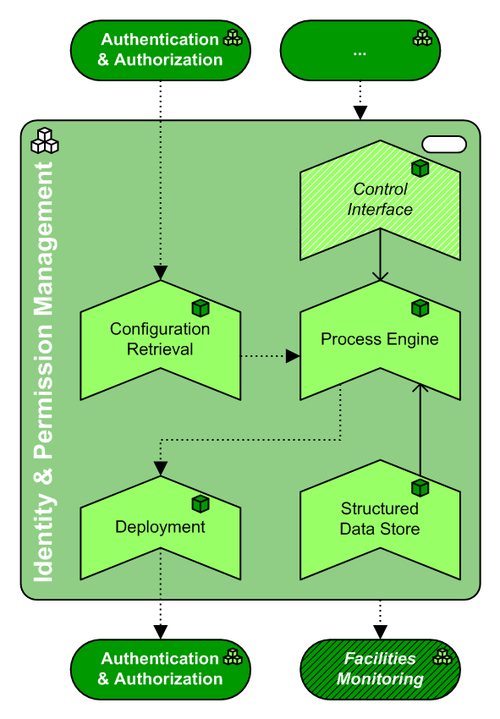 (The source file of this picture can be downloaded here).

This pattern has the following mandatory and optional subfunctions, expressed in Building Block Types:

Pattern Variants based on this type

No Patterns Variants implement this Type (yet)