In the simplest view, infrastructure can perform three different actions for its clients, regardless if the client is a user, an IT system, or another infrastructure facility.

Since transport and retention are relative straightforward functions, the majority of infrastructure functions fall in the third category. 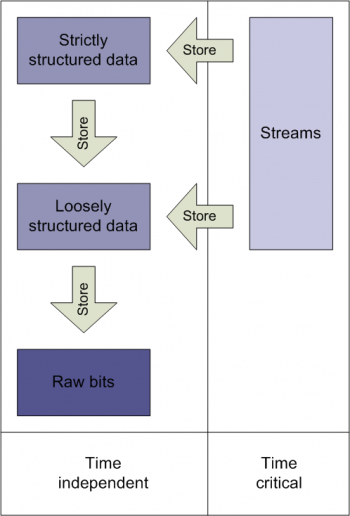